In the summer of 2011, I did something I said I would never do — I joined Match.com.

A lot of guys knew exactly what they wanted: A woman just as comfortable climbing Mt. Everest as she is at an Inaugural Ball. Someone who is not religious, but has the Buddha’s equanimity and Jesus’ capacity for love. Someone who can travel to Europe with no checked bag and no emotional baggage. I was tempted to post that I have all of my own teeth.

Match.com reminds me a little of the ministerial settlement process or the search for a home congregation. There is talk of chemistry and the right match as if the right match means it will all be smooth sailing.

Fortunately, in that summer of Match.com, I had completed nine years of ministry with our congregation in Ventura, California and they had taught me a bit about love and what it takes to make a relationship work.

What sustains a ministry or a marriage or a friendship or a membership in a congregation are things like respect, patience, forbearance, generosity, flexibility, forgiveness, a sense of humor, and, when all else fails, sheer will power.

Decades ago, a loving friend listened to my harangue about the incredible stupidity of the general public and then turned to me and said, “Don’t you just hate it when the world doesn’t live up to your expectations?” Well yes, I do. And I also hate how I put my unrealistic expectations on the world and some of the people I love the most, including myself.

It puts me in mind of the guy rescued after decades of living alone on an island. The rescuer asked him about the three buildings on the island. “That one on the left is my church and the one on the right is my house.” “But what about the one in the middle?” the rescuer asked. “Oh,” the man said, “that’s the church I used to go to.”

I think of this as so many ministers and congregations are beginning new relationships this fall or simply beginning a new year together. As we prepare for a great church year, may we resolve to love ourselves and one another through the disappointments. Let us resolve to begin again in love and repeat as necessary. This is the way of transformation. It will not be smooth sailing, but we have places we need to go that we cannot go alone. 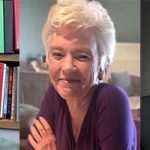 Rev. Jan Christian serves as Congregational Life Staff in the Pacific Western Region, and lives on the central coast of California with a guy she met on Match.com in the summer of 2011.

Partnerships sometimes emerge in strange but exciting ways.     The Partnership of the UU congregations in Binghamton NY and Cortland NY is a mix of contrasting sizes, ages and histories.  But these contrasts bring strength to the relationship.

The very small,  historic UU Church of Cortland and the mid-sized UU Congregation of Binghamton, founded in the mid-20th century,  are forming a Partnership of shared preaching, teaching, ministry and social justice work.   And they are seeking funding from FAITHIFY donors to help them get things off the ground this year.

The Cortland church is over 200 years old.  In its long history, the church has hosted great figures like Susan B. Anthony, Clara Barton, Ralph Waldo Emerson, William Lloyd Garrison, Thomas Starr King, Theodore Parker, Harriet Beecher Stowe and Martin Luther King Jr.    The Binghamton church is a thriving mid-sized congregation with a vision of becoming a beacon in the larger community and demonstrating UU values and principles in action.   Their mission is to Explore, Encourage and Act.

When the Leadership of the two congregations met in person to start to create their Covenant of Partnership,  it was uncertain if they could find common ground to work together.  But during discussions, each group developed a deep appreciation of the gifts that the other congregation had to offer.   Binghamton was drawn to the historic depth and sense of community rootedness found in the Cortland church.  And the Cortland leaders were thrilled by the energy for ministry in the Binghamton congregation and it sense of mission.

Both congregations found they shared a deep call to reach out to their larger communities to share the good news of Unitarian Universalism.  And they are now moving forward together in new ways.

And they need help from the larger UU community to help jump start this important new work and realize their joint potential.   Please consider giving to their efforts through Faithify.

Rev. Joan Van Becelaere is the Central East Regional Lead and lives in “partnership” in Columbus Ohio with her spouse, Jerry, and three cats – all named after different Hebrew Bible prophets. 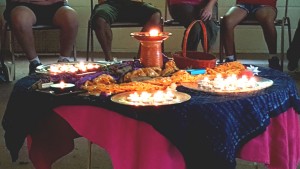 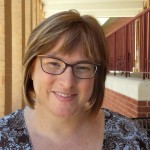