At first glance, it seemed like the evening news did a good job of covering this year’s Pride Parade. After all, the Minister of the Unitarian Universalist Congregation of Anytown was given a ten second sound bite (they even spelled her name right!). However, no one watching was really able to identify the involvement of the rest of the congregation because they were marching and waving behind the Grand Marshall and the camera eventually zoomed in on a Chihuahua sporting a rainbow-colored vest. There was nothing that indicated who they were or where they were from.

What happened? Earlier that morning, Fred left the banners and signs at the church, thinking Norma (chair of the Social Action Committee) was going to pick them up. Norma, however, thought Mary (chair of the Communications Committee) was going to bring it directly to the parade after working on the messaging to make sure everything is consistent. Thus, 40 people from the congregation became anonymous marchers and blended right in with the rest of the crowd.

Unfortunately, this comedy of errors plays itself out quite often in congregations where there’s confusion as to who’s in charge. Sometimes, the allergy to authority gets itchy enough that it can even paralyze the entire organization. How do we prevent such a dysfunction from happening while still empowering everyone to do their jobs well?

One way to clearly assign roles is to come up with a RACI chart.

There are obviously others involved and other tasks performed in order to make something as seemingly simple as a Pride Parade go off without a hitch. In smaller organizations, less people have more responsibilities and in larger ones, it is even more important to come up with this chart.

Some may argue that as UUs, we don’t need such a hierarchical system because it’s antithetical to our the(x)logy. I would argue that RACI works very well with our fifth principle because the democratic process is used to determine who has which job and includes more people in the implementation of the tasks. It also ensures no wheels need to be reinvented and no volunteer is burned out in the process.

The collaborative process is still in play here because the A doesn’t and couldn’t possibly carry out all the functions alone. What is implicit is the ultimate A is the mission of the congregation and our faith writ large. Everything we do is in service to our religious mission.

Why not try this out yourself? The Pride story is just a fun example. RACI charts are usually done on a higher level, such as Staff, Worship, Religious Education, or Pastoral Care–where the real power struggles take place. In these circumstances, make sure you’re clear about the process, especially the part about which body gets to have “final” say—whether it’s the Board, Executive Team, or Council of Leaders. Yet be flexible enough to revisit it a year or two later. Who knows, next time Pride rolls around, you may actually steal the camera away from the Chihuahua.* Or not.

*No animal was harmed in the writing of this blog. 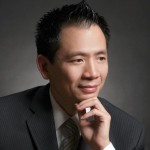 Rev. Dr. Jonipher Kūpono Kwong proudly serves as a Congregational Life Staff for the Pacific Western Region of the Unitarian Universalist Association. Part of his key area of ministry (though by no means is he an expert) is to be a coach (or more like a cheerleader with pom-poms on) for innovative, experimental ministries. He is an entrepreneur by heart and an out-and-proud Unitarian Universalist Evangelist.