The subject of the email was:  “If we set a date, it will happen”.

It was sent to a small group of Canadian Young Adults who’d been talking in pockets and clusters for a while about how to “do Church differently”. This was back in 2012, when I was peripherally aware that the Top People of Unitarian Universalism had started holding big meetings talking about this stuff.

We knew we were not Top People of Unitarian Universalism. We were a small group that cared, meeting to hang out for a weekend in a Church basement and talk. No pre-planned agenda, no facilitators, no real plan beyond the basics of food and sleeping space. Funding would be accomplished by “do what you can”. So would cooking and dishes.

Friday night, we planned the weekend—we planned any topics or activities or worships that we wanted to make sure happened, and drew up a chore list.  Then, we got on with the stuff.

We sang a lot, and joked a lot, and prayed together and sometimes cried. We talked about a lot of things, including the question of what types of sustainable religious communities might thrive in the future. At some point that weekend, something clicked and we realized we were a sustainable religious community ourselves. We met all the criteria—deep connection, meaningful worship, fiscal responsibility (we covered our costs and had lots left over to donate to organizations we were connected with).  Some of us continued meeting by Skype for a couple of years.  There were other smaller retreats, and another larger one again last year.  This community has been a deep and profound part of my spiritual life and my formation as a UU. Connections I created there have nurtured my work and my life in profound ways, and have fed the work of UUism in Canada.

As a movement, we talk about thinking big. We also need to think small. We need mini-ministries. We need to encourage and equip people to create communities and experiences where they are and with what they have. We need to make sure our people understand that you don’t need to have a seminary degree or a big budget to make things that are real. The Gathering (as it became called) was sustainable but not self sufficient. It drew on connections created over decades in congregational and regional programming, and on donated church space. It also gave back to those groups in the leadership, connections, and enthusiasm it generated. Also, money. It turned out to be a reasonably effective fund raiser.

More than that, it interconnected us. People who were disillusioned with some aspect of their home church got a second wind. People with no home community for their UU identity had a place to explore and worship and grow. People from different groups collaborated and shared ideas. We built trust and connection and foundation. We got out of our silos.

This here, I found myself thinking as one group came in from a snowball fight while another sat in deep discussion and a third practiced a song for worship… is some radical polity. This here… this is something we need. 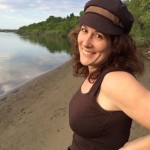 Liz James is a seminarian at Meadville Lombard Theological School, in training to be a Lay Leader Extraordinaire.  She believes that Unitarian Universalism in the future will need a diverse and talented group of us—lay, ordained, and other professionals—passionately serving a variety of calls.  Liz is an animated speaker, a Facebook overlord, and an expert in thinking outside the box. Way outside the box. Sometimes she forgets where she put the box.  Some of Liz’s writing can be found at www.freerangeseminarian.com. 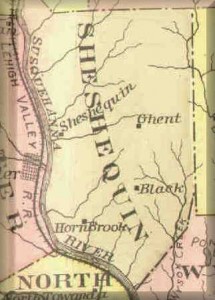 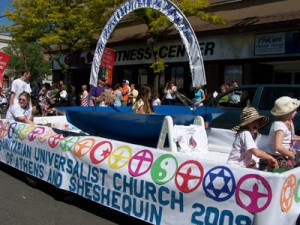