The following guest post ran on the front page of the Pacific Northwest District website.  We thought it too good and timely to not share. An important part of growth is knowing when to tune out, slow down, and just be still.  ‘Tis the season.

When I returned from sabbatical July 7, District Executive Janine Larsen asked if I would be willing to write an article about relaxation. I had just finished fourteen weeks of it – surely I could do that! Problem was, I was too relaxed. Now after a full re-entry into my work, I can better reflect on how I actually achieved that elusive state.

I had no idea that the first step to full relaxation would be such a chore. But I am blessed with the best co-workers and boss in the world. I detailed my tasks for the duration and they jumped in and did them, as well as their own jobs. The amount of time it took me to prepare was daunting, but it netted me fourteen totally fret-free weeks. I am indebted to them all.

As a military brat I was familiar early on with the term R & R. I didn’t know what the letters stood for when I was a youngster, but I understood what R & R represented. Is that what my sabbatical would be? Why not. I was ready for a little Rest and Recuperation, thrown in with a little Recreation and Relaxation. (That second R always threw me.)

Rest. Instead of answering a 6:00 alarm, at home I could wake when I wanted and listen to entire Morning Edition pieces! I could loll in the shade by the pool in the sunny south, chill on a balcony overlooking the Potomac, and enjoy the scenery via a nearly-empty ferry in San Francisco.

Recuperation.  What did I have to recuperate from? I couldn’t think of a thing. That was before I quit using a computer keyboard all day long for over three months. Who knew the twinge in the wrist would go away?

Recreation. At home I could accomplish my errands by taking deliberate walks instead of stopping off en route from work. My travels with family and friends were filled with activities, but all were intentional. Even if someone would suddenly spring a change of plans, a simple change of attitude on my part turned it into serendipity instead of resentment.

Relaxation.  It dawned on me that this is not a distinct state. Relaxation is actually a combination of the previous three R’s – listening to Steve Inskeep and Renee Montagne all morning; avoiding the computer; walking; biking; cooking; reading; kayaking; sewing. The key for me was keeping my activities intentional and accepting that intentional did not preclude spontaneous.

I recall a seminar from several years ago where the leader asked the group to list the demands that encroached on our time. Among the many responses were Facebook, other social media, aging parents, young children, cell phones, computers, Internet, work email, personal email – and one person even said 24-hour news channels! We then discussed suggestions for managing these demands. I waited and waited for the obvious, but it never came. So I offered, “Just about everything on

the list has an off button.” Silence. Befuddled stares. It was added to the list. No discussion, except from those who said it was impossible. I thought at least one person might approach me after the session to say they were glad I mentioned that. Nope.

There are always forces trying to keep us from relaxing. The key is intentionality. Overwhelmed with new emails each time you glance at your computer or phone? Change the settings. Retrieve the messages only when you intentionally go get them; don’t have your new mail automatically retrieved. TV chattering away in the background? Turn it off until that show you really, really want to watch is on. I hear people complain of being inundated by Facebook posts. Can’t refrain from constantly checking? Cancel your account. As hard as it is to believe, life still goes on. (Trust me on this.) Be intentional.

John Lennon may have had a little chemical assistance in mind when he adapted existing lines for Tomorrow Never Knows, but the message is still pretty basic: “Turn off your mind, relax and float down stream…”  No chemicals required. 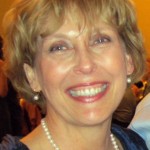 Since 1994 Diane Brinson has served as District Administrator for the UUA’s Pacific Northwest District and believes there is no better place to work. She adores living with her husband, Randy, in their 1910 Seattle bungalow and being in the same city as their two grown children. Diane declares that when the time arrives, her epitaph should come from a P.G. Wodehouse short story in his description of the barmaid in the Goose and Grasshopper: “She was a well-nourished girl with a kind face.”