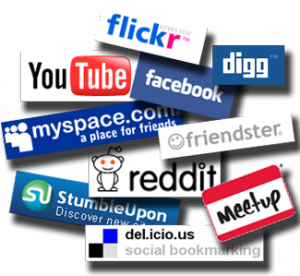 Let’s start with some facts:

Social media does not replace email, newsletters, websites. It supplements them. I can remember when email lists became the rage and folks complained about everything being on email. Same rules apply here. You cannot send things out on social media that aren’t also sent out in other methods.

You have to reach folks where they are. Why did we start those email lists? Because people were reading email. . Why do we add social media? Because that is where people are. And not just young people. The fastest growing demographic is folks 50 and up. Why? Because they are connecting with family and former classmates. Young adults are the heaviest users – and Youth and Young Adults are the ones that tend to understand the technology better. So don’t buy into that myth. Instead poll your congregation and find out. In my experience the older population tends to use social media as a recipient – they receive information but they don’t send out much information. The younger population tends to use this as their primary form of communication.

Tom Fishburne, an insightful Marketoonist, says that social Media should be about people, but Social Media Strategies show us that’s not always what happens. Social media is not a magic bullet. It’s an enabler. Social media won’t make an antisocial brand suddenly social. But it can facilitate and amplify the role that brands play with their audiences. Whether in social media or any other domain, we need to focus less on how “awesome” we are and more on working toward making our customer’s more “awesome”. In other words what can we do for you to make your life better. Remember Social Media is about People. Not products and brands. And since our congregations are about making lives better, it should be a good fit.

Guest Blogger Beth Casebolt is the Communications Consultant for the Central-East Regional Group. She also serves as the District Administrator for the Ohio-Meadville District, a position she has held since November 2007.  She is very interested in social media and website design and how congregations can use technology to enhance their communities.