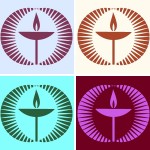 Headquarters staff at the Unitarian Universalist Association were gathered around the big table in the library over pizza and discussing pop culture.   The lunch topic questions were, “Where in American popular culture is most exciting? Does Unitarian Universalism have a place there? And what could that look like?”

People mentioned various environmental causes.  There was a lot of energy around the TED Talks. Electoral issues. Voter registration. Public school reform.  School boards. While these were good ideas, I wondered if the folks gathered (some of our best minds) were too nerd-leaning to really know base, pop culture. I was thinking more along the lines of getting Jason Shelton to try out for American Idol.

Interestingly Stephen Colbert had just mentioned the us on his show earlier in the week.  There we were in the middle of pop culture, and it wasn’t our intentional effort.  The Simpsons and Garrison Keillor regularly mention us. And not always in favorable light, rather in sarcasm caricature. Search either of their names and “Unitarian” and up will pop entertaining and frustrating evidence.

I had the opportunity a couple years ago to talk to one of the writers on the Simpsons team.  He’s the brother-in-law of a Unitarian Universalist minister.  I puffed up self-righteously and asked how he could in good conscience make such fun of our faith.  He chuckled and said, “I am in a position to get Unitarian Universalism into the pop culture light. That’s my job.  It’s your job to change the public’s opinion.”

So how do we do that? How can we start acting like the vibrant, transformational religious community that we are, out in the public square?  Rather than showing up unintentionally on radio and late-night shows, where could the voice of Unitarian Universalism be, shining light on justice and love?  I’m not talking about showing up and waving the banner of your congregation.  I’m talking about showing up in popular culture and important public conversation in a way that represents Unitarian Universalism.

Please tell me in the comments, “Where in American popular culture is most exciting? Does Unitarian Universalism have a place there? And what could that look like?” 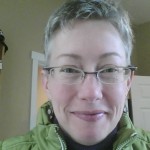 Tandi Rogers is the UUA’s Growth Strategist.  She voted for Philip Phillips on American Idol and dreams of Macklemore providing the worship music at General Assembly.

Leave a Reply to Anna Shade