From the Outreach Revolution Series: sign up to get shareable social media graphics, learning experiences, and join other UU outreachers like you.

Growth isn’t always about numbers and getting more people in the door, as has been the premise of this blog all along.  But there’s no denying that the act of growing Unitarian Universalism will always require us to focus outward while simultaneously nurturing capacity and spirit inward.  As more UUs ramp up the exercise of living their values in the political world, the Rev. Dr. James Kubal-Komoto shares the results of some studies that will train us for a marathon.

Will this level of participation continue in the weeks, months, and years ahead, or will it fizzle? It may depend on three things:

Take home: If you are a minister, I encourage you to make participation in such a group, whether a UUMA cluster or an interfaith group, a priority. If you are a lay leader in a congregation with a minister, encourage your minister’s participation. If you don’t already belong to such a group, especially if you are geographically isolated, consider starting an online group with colleagues.

2. Similarly, studies show the most important factor in whether individual congregation members participate in social justice activities in the wider community is also participation in a small, relational group. It doesn’t have to be a social-justice oriented group. It could be a 12-step group, a knitting circle, a Bible study, a book group.

Take home: If you want members of your congregation to be more active in social justice, bolster small group programming within your congregation. Talk to your regional staff about how you might do this.

3. What doesn’t make a difference in congregational involvement in social justice? Incredibly, prophetic preaching. A study of congregations during the Viet Nam War era showed how often ministers preached prophetic sermons had no effect on whether church members participated in anti-war activities.

My own experience serving a congregation that was actively involved in the wider community echoes this. I sometimes did preach prophetic sermons, especially if there was a specific call to action, but I also found that the more my congregation was involved in the wider community, the more important it was to preach pastoral sermons as well as sermons that explored specific spiritual and religious topics or Unitarian Universalist identity.

Take home: Connecting people to specific opportunities to be involved is more important than prophetic preaching every Sunday.

Friends, our efforts to make this world we share more compassionate and just will always be more like a marathon than a sprint. May we be wise in how we sustain ourselves and those we serve on the way. 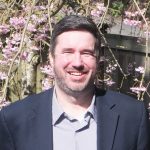 The Rev. Dr. James Kubal-Komoto is the Regional Lead for the Pacific Western Region of the Unitarian Universalist Association. Prior to assuming this position, Rev. Kubal-Komoto completed his 16th year of ministry at Saltwater Church, the Unitarian Universalist congregation in the Seattle suburbs that first called and ordained him. During his tenure at Saltwater Church, James led the congregation through challenges of change and growth, developed innovative programs using the latest technology, was a long-term Good Officer, served on the Unitarian Universalist Ministers Association’s Board, and most recently led an interfaith coalition that successfully advocated for immigration reform, funding for early childhood intervention programs, and a day shelter for the homeless.