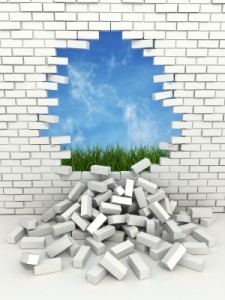 This past year, Director of Growth Strategies Stefan Jonasson analyzed past growth initiatives of the Unitarian Universalist Association.  He was looking for patterns: what things worked in their time and what may not have worked then but could work now.  What he saw over and over again was a tendency for initiatives and programs to reach their peak effectiveness by their seventh year and then plateau or decline after that. Many, many initiatives have a natural life cycle of seven years.  Where have we seen this pattern before?
In human romantic, committed relationships. Wright State University psychology professor Dr. Lawrence Kurdek, confirms that our lexicon is accurate: many committed relationships take a dip around year seven.  He suggests fighting this inclination by tempering high expectations with a does of reality, being more open to change, paying attention, remembering what brought you together in the first place, and trying new things together. (Are you seeing how we might apply those to religious community, too?)

It was right about the same time that Stefan noticed the seven-year cycle in program effectiveness that there was talk about letting the Breakthrough Congregations (BTC) program quietly go away.  BTC started in 2005.  It was a growth initiative that annually lifted up the good work of 4 congregations and encouraged other congregations to learn directly from then.  The videos of each congregation through the years can be found here.

It was a behind-the-scenes, labor-intensive effort. The people who originally got the BTC ball rolling were now in new leadership positions with new initiatives capturing their attention.  We wondered if it was making a cost-effective impact by only reaching those who could go to General Assembly.  And we had a convenient “out.”  It was convenient that Justice GA was on the horizon and people’s attentions would be drawn in new directions. The idea was to let it quietly go away and listen to what people missed about it (if anything) and then find new ways to meet that need. After seven years, we are now inclined to ask whether or not not a program may have run its course.

I wasn’t ready.  As a religious educator I strongly believe in the core model of BTC of congregations as curriculum toeach other.  Borrowing from Kurdek, I examined the original intent of BTC, which was to identify those congregations that had achieved significant and sustained numerical growth and give them an opportunity to share at General Assembly (through videos and workshops) what they’ve done, and how they’ve done it.  It was the videos and workshops, that were so onerous.  And that they happened at General Assembly made the learning opportunity more exclusive than was widely helpful.

I pondered. What are other ways to examine the story of the Breakthrough Congregations? How can the BTC program intersect with other growth strategies? What are other ways to report the story?  What do we as Unitarian Universalists have in common that we might use as a teaching vehicle?  The idea stewed for a while and then all at once the lightbulb went on.  The UUWorld!

Here are some of my transparent goals as your Growth Strategy Specialist and how the morphing of the Breakthrough Congregations program meets those goals:

My Goals:
How the Breakthrough Congregations changes meet those goals:
Was the new design worth the morphing effort?  Time will tell.  We’re giving it a year to evaluate whether the renewed initiative is impacting congregations. But I can tell you that the effort put into reimagining BTC has made an impact on the leaders within our the institutional Association that serves Unitarian Universalism.