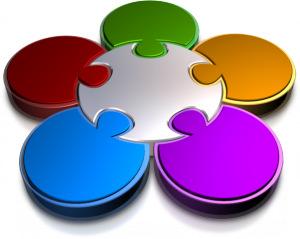 What would happen if we gathered some of our religion’s best, innovative leaders together from around the Association to spark, inspire, and cross-pollinate each other?  This was the question behind the experiment Innovative Learning Circles.  The break down of the experiment was this:  5-6 leaders gather virtually for a monthly hour-and-a-half-long meeting over a span of nine months starting in September.

Similarly to small group ministry there was a group agreement as to how to be together and what could be shared outside of the group. Most participants were familiar with the model and very little adaptation was needed.

We experimented with various kinds of videoconference software to see what served our purposes best. I am eternally grateful for the patience (and humor) of the groups, as some of the early products were disastrous. Most of the groups settled into (free) Google Hangout or a paid-for version of Skype.

I sent out questions or articles ahead of time, but the format for all the groups was very similar:

A couple things we learned:

I believe this initiative is replicable, and I encourage you to borrow as you are so inspired! Please consider starting a version of Innovative Learning Circles in your congregation, geographic area or virtually by affinity/ leadership role.

I will share some of the Take Aways in coming blogs… 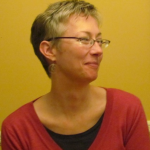 Tandi Rogers is a Credentialed Religious Educator and former classroom teacher. She cherishes how the teaching and the learning never stop, the classroom just keeps expanding.