A scene any UU would recognize: members and friends gathered for refreshments and conversation after the service concludes.

But look around. Do you see the parents of young children? Oh, they’re there. They just aren’t engaging in the way you are or in the way they’d like to be. (And the way that’s necessary for a church to grow.) Instead, they’re cleaning up the juice that their daughter spilled. Fetching a cookie for their son who is hungry and cranky. Trying to put the infant to sleep by swaying from side to side in a quieter part of the fellowship space.

Last year, my small church, Unitarian Universalist Community Church of Hendricks County (located outside of Indianapolis, IN) had a typical RE attendance. After services, parents often appeared flustered. If they were new to the church, the setting was even more overwhelming, and they often didn’t return. I understood. With two young kids of my own, I faced the same challenge every Sunday — it is nearly impossible to meet new people and make meaningful relationships while at the very same time parenting small children. Parents lacked the opportunity to make essential connections.

In January, I became the part-time Director of Religious Exploration. I wanted to address this struggle for meaningful interaction among the parents at our church.

So we formed a new group for mothers with young children, called Sunday Night Supper Club. SNSC is a potluck dinner held at the church on the third Sunday of each month. Moms share food and fellowship, telling stories about our children, ourselves, our journeys, serious things, and silly things, and loosely follow the church’s theme for the month. Things that are hard to talk about after church while chasing toddlers and some things that are hard to talk about, period. Because we meet on Sunday nights, we aren’t distracted by children. (Childcare is provided for those who need it.)

I quickly realized this group’s potential. The camaraderie and conversation elevated my mood and made me a better parent, wife, and UU. The trust among the group grew quickly in a way that was remarkable.  These moms were finding a place to laugh, cry, share and find support in ways that many may have been lacking (and didn’t even know we were missing something).  So I invited some other moms from outside the church. I reached out to the mothers in the cooperative preschool my children attended. And they reached out to their friends.

They came, either online in the Facebook group or in person to SNSC.

Slowly, several began coming to UUCC on Sunday mornings too.

Then they brought their spouses.

And then their children.

And then they began bringing their friends, both to SNSC and church.

And then they started signing the membership book and joining committees. 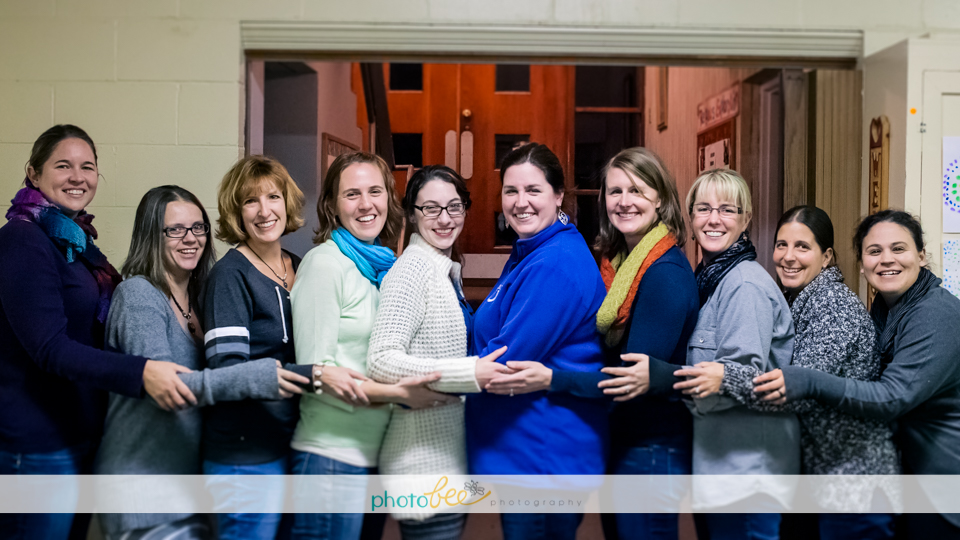 Since forming this group 11 months ago, UUCCHC has nearly doubled RE enrollment. We have 65 enrolled children and youth in RE in a church of only 86 members! Our average weekly RE attendance has gone from the teens to the thirties.  I believe in time, more of these women will also become members.

What hasn’t changed? I still don’t bother to get a cup of tea on Sunday mornings. My children still need me. But now I have Sunday nights.

Renee Bowman, part-time Director of Religious Exploration at UUCCHC can be reached at dre@uucchc.org, but not between 5:30 and 8:30 p.m. on the third Sunday of each month.  (Tandi notes that her UUCCHC boards are a lot of fun to follow on Pinterest.)