The following is an interview with the FAITHIFY entrepreneurs Rev. Sue Phillips and Hilary Allen.

Over $250,000 has been pledged on faithify.org!  Congratulations, thank you, and did you see that coming?

H: Thanks! We’re jazzed about it! And it probably means the next $250,000 is out there too. Honestly, we didn’t quite know what to expect. We were pretty sure if we built FAITHIFY, the people would come. There’s still more work to do for folks to know that FAITHIFY is an option for them, and for the day when our people no longer have to say to each other, “we don’t have money for that.”

Give us the latest stats… 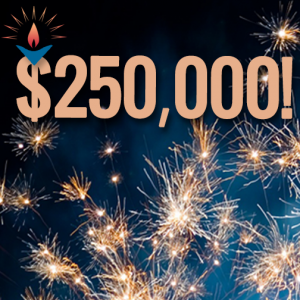 How did the idea for FAITHIFY come about?

S: Crowdfunding hit the mainstream about three or four years ago. Around that same time, folks began thinking about how our UUA might act more like an App Store-type platform than the center of a traditional hub-and-spoke denominational model. Starting a crowdfunding site felt like an awesome experiment in carving out a different role for our UUA. As field staff we were uniquely able to access a wide range of resources, and the Mass Bay District board jumped at the chance to help support a movement-wide project.

H: Crowdfunding puts people directly in touch with each other. They don’t need an institution to disburse resources. They don’t have to wait until a funding cycle is announced. What FAITHIFY provides is the structure for people to be in relationship, and then it gets out of the way for us to do what we naturally do, which is support each other.

What has surprised you?

S: I’ve been surprised that crowdfunding sites don’t actually have crowds. The vast majority of traffic to all crowdfunding sites is driven there by project owners. The FAITHIFY crowd — the people who browse the site without arriving with a specific project in mind — is growing. But slowly.

What has challenged you?

H: Turns out, it’s incredibly challenging to have a great website that is easy to use. We have had a heck of a time finding a good technical partner for site design and development. I have a lot more respect for amazon.com and even my local library’s website than I did before FAITHIFY. It takes a lot.

What has been most satisfying?

S: Seeing the boldness and aspiration of 66 projects, most of whom have raised a lot of money to see their ideas come to life. The videos, the pictures, and the stories on the site are so cool. Those people and projects just knock my socks off. Also, working with Hilary. We have a great time thinking, planning, dreaming, and laughing together. This whole project has been a blast except for the (rare) moments when we have to breathe into paper bags because we think the site is going explode.

H: People frequently convey their gratitude that FAITHIFY exists and that they can be a part of it. I find it satisfying when I can help people connect to something larger than themselves.

What makes this platform uniquely UU?

H: When people post their projects on FAITHIFY, they have to speak to how they claimed and are claimed by Unitarian Universalism. This includes things like reflecting UU values or being affiliated with a congregation or UU organization. It’s exciting that this way of talking about associational and covenantal relationship has caught on within Unitarian Universalism – showing up most recently in the new Covenanting Communities status.

S: FAITHIFY will be all over General Assembly.  Our goal for GA is to keep spreading the word that this marvelous platform exists where folks can go check out creative, interesting, and fun ideas in the world of Unitarian Universalism. Plus we’ve got major swag, people!

H: Though, being in Portland is not essential because most of the FAITHIFY action will be happening right on faithify.org, so folks can stay informed them about how projects are doing on their goals. We’ll also be sharing highlights through our Facebook and Twitter accounts (like/follow us!).

You two have other jobs besides Faithify — what are they?

Rev. Sue Phillips is always dreaming and scheming about architectures of interdependence. She is also our UUA’s New England Regional Lead.

When she’s not working on FAITHIFY, singing sea-shanties, or rooting for the last remnants of House Stark, Hilary serves as staff of the New England Region with a focus on Innovation and Growth.