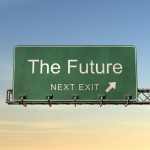 “At the beginning of the new millennium three qualities mark the world’s spiritual profile,” writes Harvey Cox in his latest book, The Future of Faith.  “The first is the unanticipated resurgence of religion in both public and private life around the globe.  The second is that fundamentalism, the bane of the twentieth century, is dying.  But the third and most important, though often unnoticed, is a profound change in the elemental nature of religiousness.”

Harvey Cox believes that we are at the beginning of what he calls the “Age of the Spirit.”  I’m not sure that this is the right name, or even that Cox is reading the signs of the times correctly, but if Unitarian Universalism is to survive and prosper, we will need to read the spirit of the age and respond accordingly.

I am convinced that liberal religion—and Unitarian Universalism in particular—is uniquely positioned to serve the changing landscape that Harvey Cox describes.  If there is a resurgence of religion going on amidst the decay of traditional religious institutions, as he suggests, then that resurgence seems to be taking the shape of values and attitudes that seem quite similar to those of religious liberals through ages.  If fundamentalism is declining, perhaps even dying, then the liberal spirit might be expected to flourish amidst its decay.  If this is the Age of the Spirit, then those who sing vigorously of the “spirit of life” have surely tapped in to the songs that represent the age.  And if this age is truly characterized by the “rediscovery of the sacred in the immanent, the spiritual within the secular,” then it seems to be standing upon ground that we call home.

Waldemar Argow, one of our leading ministers in the middle of the 20th century, said, “the first law of life is: adjust, or perish.  Whatever cannot accommodate itself to the changes, surprises, and vicissitudes of life inexorably will be wiped out.”  Liberal religion seems well adapted to the spirit of the age.  Recognizing that the liberal way in religion—the Unitarian Universalist way—is “an affirmation of the essential goodness and nobility of life” and “a consecration to the highest values [humanity] knows, and a technique for realizing those values and living by them,” it remains for us to develop the tools and technologies, the strategies and willpower, to respond to the changing landscape with our generous gospel of kindness and love

Does liberal religion have a future?  As long as our congregations offer a welcome home to those seeking a spiritual community; as long as they convey their principles and values in ways that are relevant to the spirit of the age; as long as they branch out in service to the thirsty, longing souls who might be nourished and sustained—even saved—by our positive and progressive faith: then the answer is yes.  And not just any future, but a robust one.

What I know for certain is that liberal religion will not have a promising future without us.  We can be the beginning of its end through complacency or resistance to change—or we can be the agents of its transformation for a new generation, the harbingers of its future.

Does liberal religion have a future?  I hope so.  I expect so.  For the sake of the world, it had better.