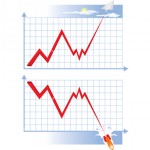 Numbers can obscure as much as they reveal, especially when it comes to measuring congregational growth, so I generally encourage congregational leaders to focus on the tangible things their congregations can do to serve people’s needs and let the numbers take care of themselves.  Nevertheless, measurement is important to get a sense of how we’re doing.  Using data from the annual certification process for congregations, which is one of our most reliable sources of information, staff at the Unitarian Universalist Association study the statistics looking for indicators of recent developments and longer-term trends.

One lens we use in looking for trends is congregational size. It’s important to remember that, while enormously valuable in understanding congregational dynamics, church size categories represent “regions” of size and not absolute markers of difference.  Yet by identifying differences between congregations of differing size, we hope to find opportunities, discover challenges, and try to better understand what factors drive the differences.

In looking for statistically relevant changes, we’ve identified a 3% change (positive or negative) as the benchmark for comparing annual fluctuations at a congregational level. Variations of less than 3% in a single year are relatively common and not necessarily a cause for either concern or applause, unless the trend continues in a single direction for three or more years and the cumulative number exceeds 5%.  By contrast, variations exceeding 3% in a single year usually indicate that “something’s up,” unless they can be attributed to “delayed housekeeping.”

With this in mind, here’s a snapshot of the numbers for 2012 compared with the previous year:

In examining decade-long trends, we look at variations in excess of 10% and 20%, either way, as significant benchmarks.  Variations of less than 10% over the course of a decade are usually indicative of a plateau, since the annual changes involved are incremental.  When the trend is upward, it may indicate a consolidation phase, while downward trends will generally indicate a certain staleness or lack of energy in the congregation.  Increases of between 10% and 20% generally show a congregation that is relatively healthy, stable and quietly welcoming, while decreases of a similar range suggest that there are likely important problems to be addressed in the congregation, even if most of the change can be attributed to external demographics. When net growth exceeds 20% in a ten-year period, it’s almost always an indication of robust health and innovative leadership, while declines exceeding 20% suggest that there are major problems to be addressed and the congregation’s future viability may well be in doubt, especially if it was a smaller congregation to begin with.

Here’s how our congregations have fared over the last decade:

How does your own congregation compare with other Unitarian Universalist congregations in the United States?  More importantly, what are the major factors that have contributed to your congregation’s growth or decline?